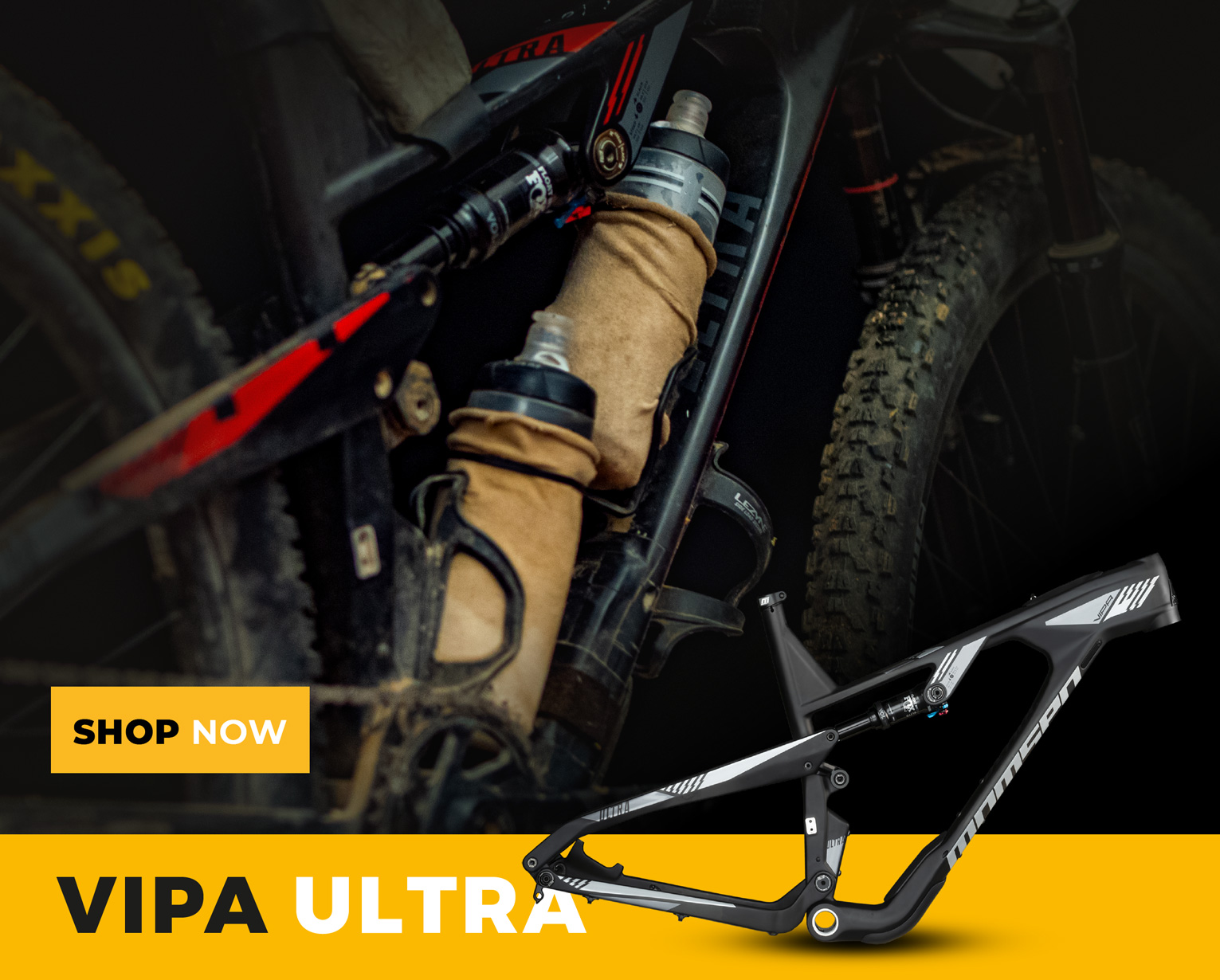 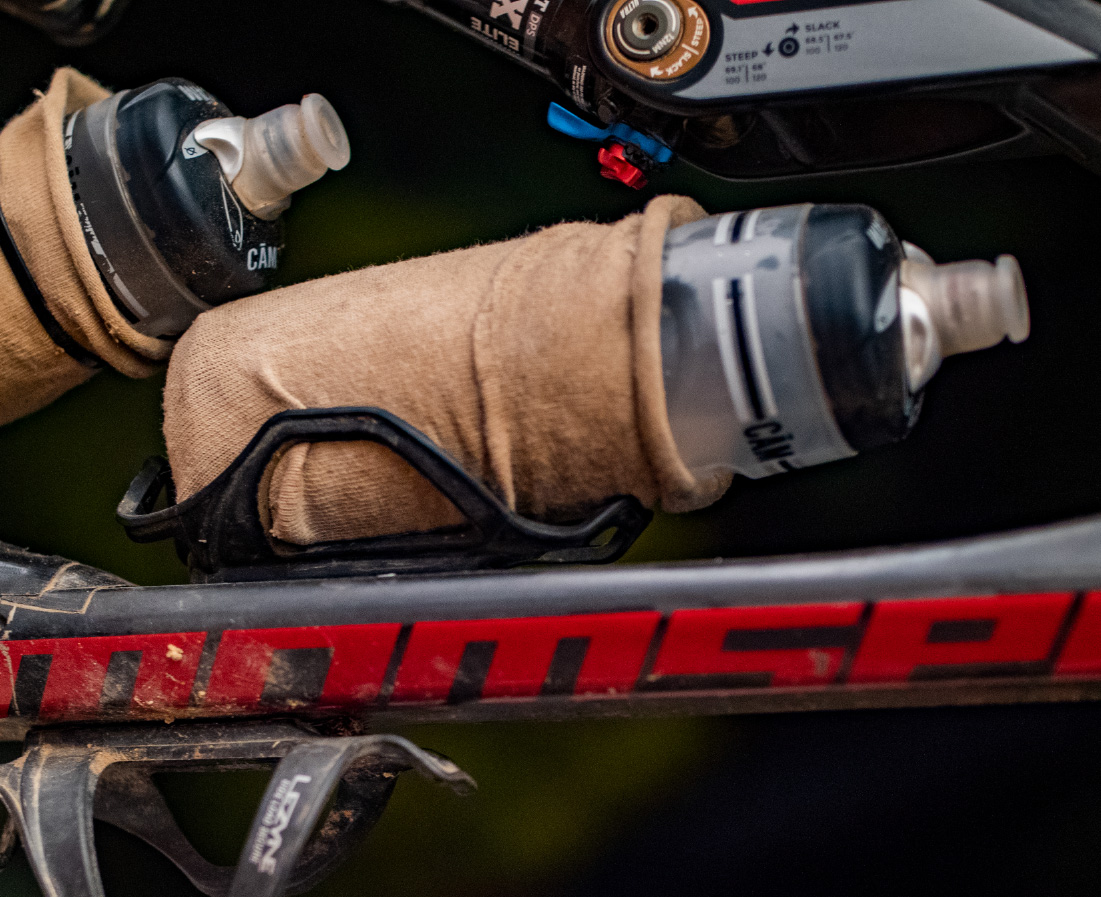 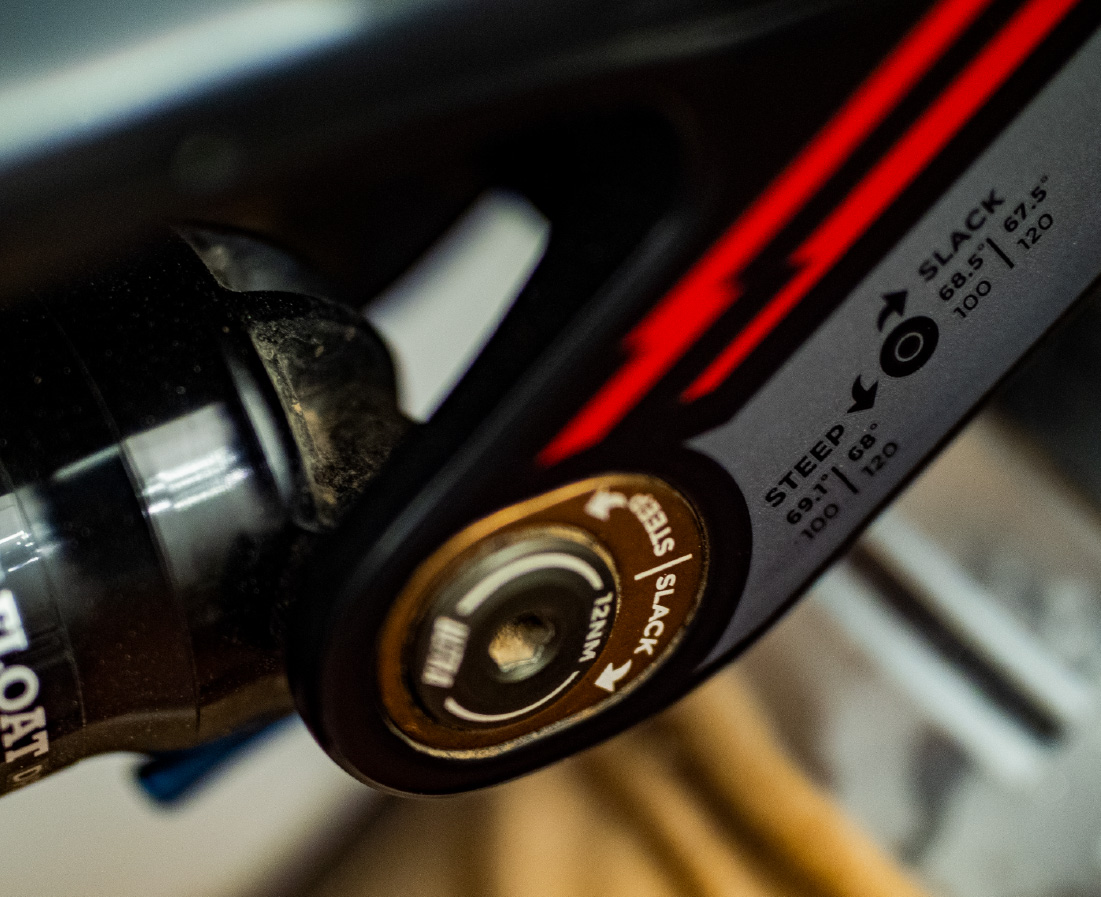 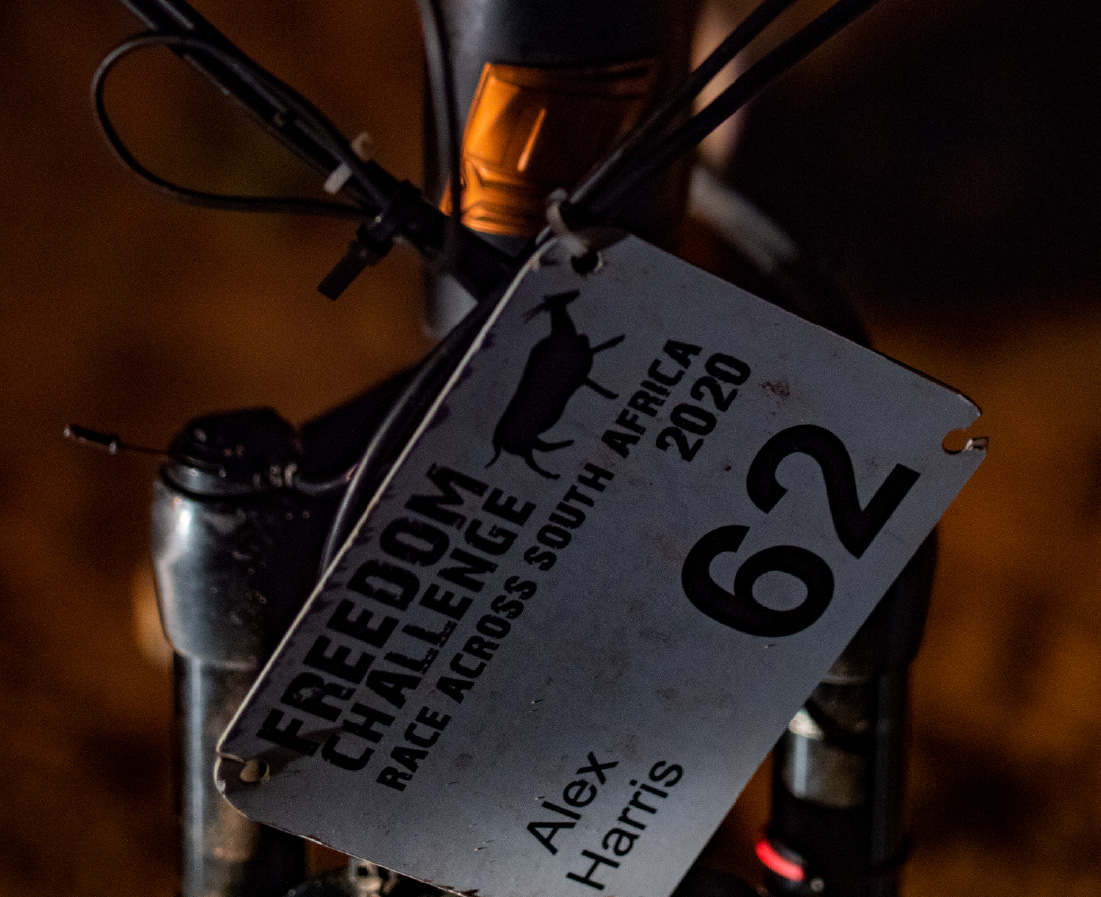 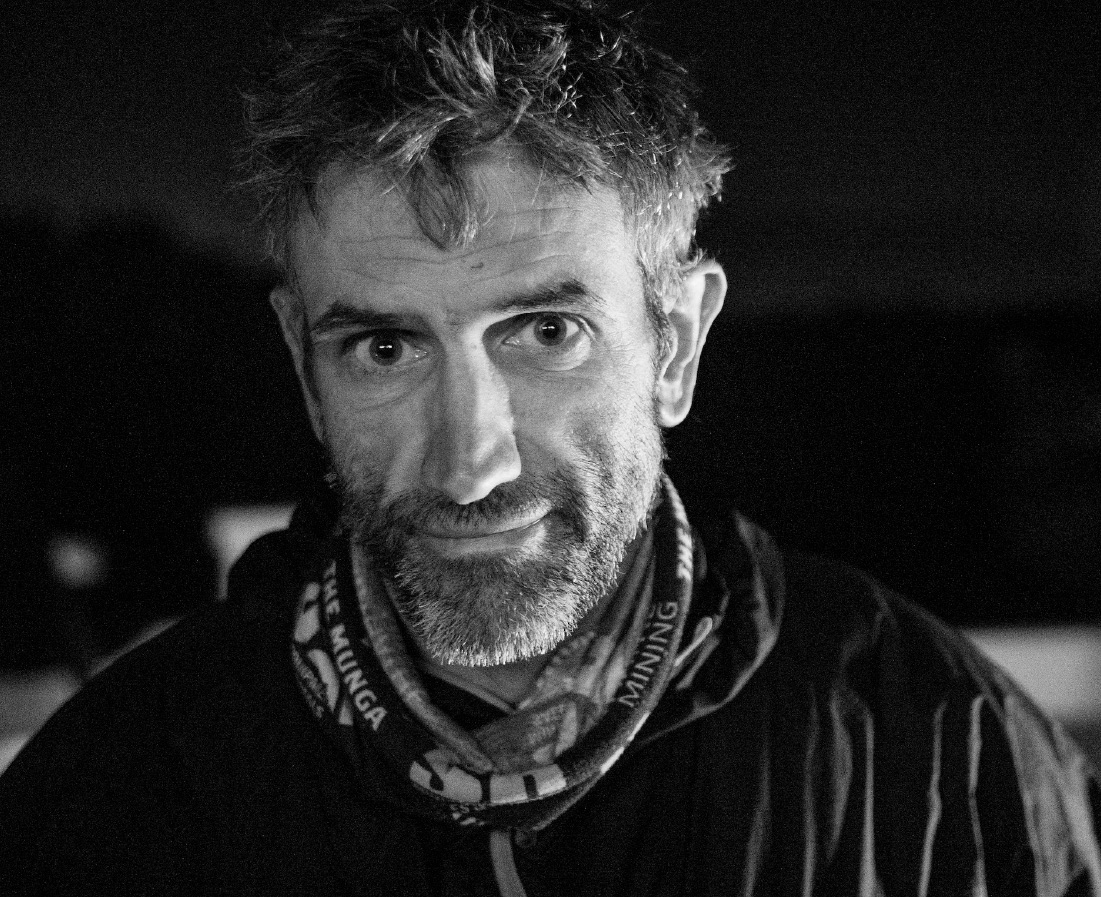 Alex Harris fought through high temperatures and sleep deprivation to ultimately break the Race Across South Africa (RASA) record when he crossed the finish line in Wellington on the 21st October. The 49-year-old completed the 2 150km challenge, which started in Pietermaritzburg, in 9 days and 22 hours.

The previous record was set by Martin Dreyer in 2017 and stood at 10 days and six hours.
“I feel immensely relieved and thrilled,” said the Johannesburg local, after finishing the gruelling race. “This is a personal thing not related to someone else, but to a belief of what my potential is. When I started this journey with my first race way back in 2010, I always thought it was possible to do a sub 10-day race.”

Harris said his goal was always to complete the event in under 10 days. “I was not motivated by a win, or the record necessarily, but by breaking 10 days.”

RASA, which forms part of the Freedom Challenge series, sees riders navigating by means of maps, compass and narrative directions. The use of GPS devices is strictly prohibited. There is a wide variety of off-road terrain, which includes dirt roads, farm roads and tracks, footpaths and animal tracks.

“Thinking back, it’s all a bit of a blur,” said Harris. “When you’re riding 18 to 20 hours, your day is differentiated by the two or three hours you might sleep, not by light or dark.” He said the first day went well but was cold, wet and muddy. He kept to a reasonably strong pace and made his day’s end-mark a little ahead of schedule.

“Day two was similar. I pushed hard to get through a really tricky portage section before dark and made my mark still ahead of my schedule.” He added that day three involved the big portage over Lahanas with some of the strongest wind he had ever felt on the Freedom Challenge, but he stuck to the plan.

“A key element of the sub 10 was day four. I had to get from Slaapkrantz to Romansfontein as this would set up the back section allowing me to do some of the tricky portage sections in daylight. It went well and I arrived at the support station pretty much on schedule.”

Harris said day five had a slight change in support stations, which meant he would end up doing about 20km more than anticipated. “This pushed me back slightly, which would compound over the next few days.”

Day six was another long day, he said, and when he arrived at the station that night and did his timing calculations, he realised he would not be able to sleep. “The reason being there are only two time slots to ride through the Baviaans. One at 6am and one at 1pm. At these two times you can ride through with a vehicle escort because of the buffalo. “I knew if I didn’t make 1pm, I would have to wait 17 hours to the next window and that would be the end of the attempt.”

He said the last few kilometers of the river crossings were really overgrown and it was touch and go, but he made the gate with about an hour to spare.
“This meant however pushing on, and so by the end of day seven I had gone two full days with no sleep. But I was still on schedule.”

On day eight and nine I pushed hard to make the exit out of Stettyns Kloof in the light, but just missed it by about 20 minutes. “These 20 minutes now meant a cautious exit of the Kloof, which took another five hours, but I had done enough in the previous two days to store up some extra time to still make the sub 10 cut off.”

Overall, Harris said he enjoyed day four the most as this was the key to the sub 10 and he was not sure how doable this would be in the planning.

“The day I enjoyed the least was the final day – going up Stettyns Kloof. I thought I had plenty of time, but the Kloof always has a way of messing you around. It was highly stressful.”

Harris added that there were numerous highlights, but also a couple of challenges.

“The best was experiencing the sunsets. During this time of the year they are spectacular. Also, the remoteness of Leeukloof near Willowmore – there were lots of animals.

“I struggled the most with the heat and making sure I stopped at windmills for water. The sleep deprivation was also challenging, and taking power naps on the side of the road when I really needed to.”

To keep himself motivated throughout, he focused on one day at a time.

“I kept in mind that during my rest or sleep periods in-between days, I would regain enough energy and motivation for that new day. So, all that existed for me was the day I was on.

“A goal like a sub 10 can be so overwhelming as it requires almost a perfect race, that to focus on the big goal can be too daunting.

“You have to break it down and focus only on the current day.”

Includes accessories and personal additions that Alex selected in the preparation for the race.

THE ULTRA IS AVAILABLE IN 2 FRAME SIZES

WE’RE NOT CALLING THEM MEDIUM OR LARGE BUT RATHER SIZE 01 AND SIZE 02. WHY?

With our progressive geometry and a modern take on endurance bike design, we believe that having a longer front end combined with the right angles and overall geometry can allow you to select a bike based on a parameter other than just seat tube length.

With the advent of dropper seatposts, allowing longer seatpost extensions and easy adjustment, the seat-tube length is less of a driving factor and riders should consider things like reach and overall toptube length before selecting the good old SIZE M bike.

NOTE: Should you be in the “grey area” between frame sizes, we recommend going with the Longer Frame Size for both performance and comfort.

TERMS AND CONDITIONS / RETURNS AND EXCHANGES / PAYMENTS AND DELIVERY